The old “colored school” house in Williamsport, West Virginia was opened about 1885. The school was constructed from a rough-cut frame, lap siding, tin roof, a few windows, and a potbelly stove.  The school provided the local Negro students with their first eight years of education.  Along with second-hand books the students would bring lunch in a tin and fire wood for the stove with them to school.  The older students were responsible for maintaining a fire in the potbelly stove and keeping the school clean.

Teachers assigned to the school were not always local residents and they would typically board with a family during their tenure.  Great-Uncle Stanley and Great-Aunt Sallie Bruce often hosted those teachers.  Some of the teachers at the school were John Clifford, Henson Kent, Otelia Kent, Jessie Bruce, Lorenze Clifford, Henrietta Smith, Vivian Askew, Alberta Logan, Leora Harris, Lillian Harris, a Miss Mabry, Mrs, J. A. Saunders, a Mr. Black, Jessie Jones, Mattie Moats, and Mary Bruce Stewart.

My father, uncles and aunt attended the school from first through eighth grade; their mother made them repeat the eighth grade just in case they missed something during their first eight years.  My Aunt Mary and Aunt Edna went to Parkersburg’s Sumner Negro School for their high school education.  My Aunt Mary went on to get her teaching certificate and graduate degrees in education; she returned to the county to teach.  Cousin Lillian substituted when there was not a teacher and my Aunt Mary taught at the school; and several of my Stewart cousins began their education there. 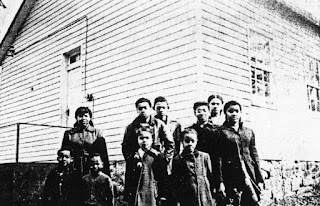 According to the October 14, 1937 Grant County Press:
All pupils except one were perfect in attendance for the first month.  12 (100 per cent0 have enrolled in the 4-H club.
The students have been unearthing with great interest fossil rocks of the early sea animals and plants.
The Reading Circle members aided by Mr. Tross have secured a small reading table.  Books completed by the individual students are: "Jungle Book" and "Story of a Thousand Year Pine," Isaac Bruce, 8th grade, "Rebecca of Sunnybrook Farm," Freeda Clifford, 7th grade; "The Jumping off Place," Ernest Houston, 7th grade, "Children of the Soil," Wilma Clifford, 6th grade, "Gally and Gally etc," Billy Brooks, 4th grade, "Chimney Corner Stores." Clara Beckwith, 4th grade.

The Williamsport Colored School closed in the 1940s as an educational facility.  But it would remain a vital part of the community.

Higher Education for the Graduates of the Williamsport Colored School

Education became more complicated once the students completed their first eight years.  Students would have to go to one of the larger West Virginia cities which had a Negro high school to get further education.  One of the most convenient places for them to go was Parkersburg where some relatives had moved and could board them while attending school.  (It was not until the 1940s that a Negro high school in Moorefield was provided.  Petersburg High School accepted Negro students in the 1956.)  West Virginia Colored Institute and Storer College were the likely schools for advanced education.

Sumner School, built on the east side of Avery Street just north of Tenth Street in Parkersburg, West Virginia, was established during the Civil War and became the nation's first free school for black children below the Mason-Dixon line. It stood as Parkersburg's black all-grade school, from first to twelfth grade, until the Supreme Court ended school segregation in 1954. Sumner closed down in 1955. 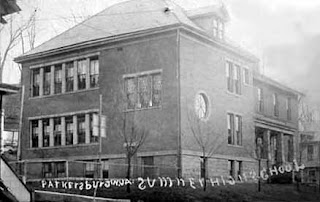 Under the provisions of the Second Morrill Act of 1890, West Virginia Colored Institute was founded as one of 17 land-grant institutions authorized by Congress and designated by the states to provide for the education of black citizens in agriculture and the mechanical arts.  West Virginia was one of the states that maintained segregated educational systems at that time.  From 1891 to 1915, the original Institute offered the equivalent of a high school education, vocational training, and teacher preparation.   In 1915, the West Virginia Collegiate Institute began to offer college degrees.  In 1929, it became West Virginia State College.  In 1954, the United States Supreme Court gave its historic decision outlawing school segregation.  The consequence of this decision for West Virginia State College was a rapid transition to an integrated institution serving a predominantly white, commuting, and older student population. 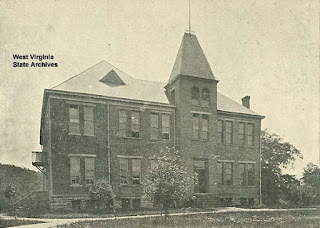 Storer Normal School was established to first educate freedmen and became Storer College teaching teachers.  It operated from 1865 to 1955.  In its early years, Storer taught freedmen to read, write, spell, do sums, and to go back into their communities to teach others these lessons.  As the years went by, Storer remained primarily a teachers college, but added courses in higher education as well as in industrial training. Students graduated with a normal degree for teaching or an academic degree for those going on to college. 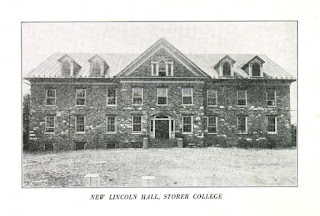 In 1954 Grant County was waiting for the Supreme Court decrees on integration, but will comply, said Supt. of Schools A. Neil Frye.  "No sentiment to sidestep issue . . . don't anticipate any trouble," he added.  The Board of Education hadn't discussed "definite action" to integrate Grant County's 47 Negro elementary and 17 out-of- county high school students, who are more than 2 per cent of 2,050 pupil total.  At the end of the year 1955-56, only five counties had not taken steps toward integration: Berkeley, Grant, Hampshire, Hardy, and Jefferson.  Prior to the opening of the fall term of 1956-57, Hardy and Grant counties began desegregation with the opening of the fall term.

The black community around Williamsport and Medley used the old school as a social gathering place, particularly for the St. Paul Methodist Church.  Some of the most memorable events sponsored by the church’s Ladies Aid society were the Election Day lunches and the box suppers and cake walks held each hunting season which evolved into the Hunters’ Dinner of today. 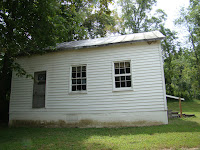 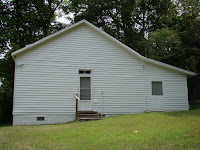 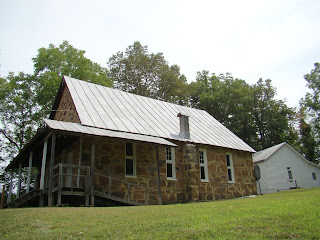 Those helping with the move of the old colored school house to the church grounds included:

The last four actually attended the school in the early 1900s.

I have many fond memories of attending events at the Williamsport Colored School.  I understood at an early age what it represented to the black community.  I was always impressed to be in the building.  Its remnants of African-American history inspired me.  At some point after the move the large framed portraits of Fredrick Douglass and Booker T. Washington and some of the maps from the map box went missing.  They were such an important part of the building’s history that it feels part of its history has been stolen. 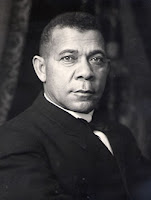 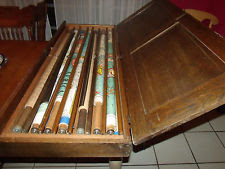 Posted by Jerrie Stewart at 8:00 AM No comments:

View my complete profile
I have been working on my family's genealogy for the past ten years. My maternal ancestors are well researched: Hemings, Byrd, Young, Cooper, Valentine, Dalton (from Virginia to Ohio).

It is my paternal ancestors that have been the challenge, specifically the Stewart/Payne line from Virginia/West Virginia. (The Smiths of Hardy County Virginia/West Virginia are well researched back through Pennsylvania to Germany). When WV was split from VA during the Civil War many records seem to have lost continuity, especially records for slaves and freed blacks. We have no evidence of where my great-grandfather Fortune Stewart came from (possibly the Caribbean) and we believe my great-grandmother Rebecca Payne was a slave (but we have no records of this). They just both magically appeared in records of Hardy County Virginia after the Civil War. I need help to make further progress in my search of the ancestors of Fortune and Rebecca. 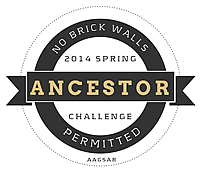